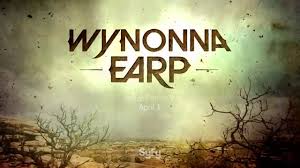 A surprisingly entertaining supernatural, western-themed, weekly adventure show on SyFy.  Certainly an alternative to CW’s long running, more teen-focused Supernatural, but I fear it will not get the following or even half the longevity of its more established rival.  Worth checking out to see if it is your cup of tea.

An adaptation of the limited comic series from Image Comics, Wynonna Earp diverges in a number of ways to appeal to a broader TV audience.   The unfortunate aspect of this is that due to Supernatural’s liberal borrowing from a multitude of sources and its long-established run, Earp feels a little derivative, despite being the earlier intellectual property.  Tonally the two shows are actually quite different, and certainly Earp is the more ‘adult’.  But in terms of production value, Earp has a long way to go, and unless there is a remarkable upsurge in its popularity, this show will never attract the kind of budget that will do it justice.

END_OF_DOCUMENT_TOKEN_TO_BE_REPLACED

The Fantasy Equivalent of a Western Gun-slinger

I know, I know, last week I was banging on about Legend by Gemmell, and here I am singing the praises of another of his books.  Honestly, there are a lot of books that will come up in this series of Favourite Fantasies, and it just so happens that a few are Gemmell books.  Although I think I will leave a bit of a break between this one and the next Gemmell that I want to talk about.

END_OF_DOCUMENT_TOKEN_TO_BE_REPLACED

Published in 1984, Legend by David Gemmell is one of those books that just captured my imagination as a young fantasy reader.  On paper it doesn’t seem like much; A youngish flawed hero seeking redemption, a grizzled veteran warrior™ drafted back in to save the day, a slightly improbable romance with a warrior maiden, a colony of mystical warrior monks, and an invading horde of barbarians™.  It even has the pseudo-medieval European setting, strange magical powers that don’t seem to adhere to any kind of rationalised system and a strange sort of theocratic, religious warrior cult.  Even the writing is more journalistic and pared down than one usually expects in fantasy.  So all in all it doesn’t really sound that impressive.  And yet… and yet… it blew my tiny little read-a-holic mind back then and made me become a devoted follower of Gemmell as he began to churn out novel after novel in the Drenai universe.

END_OF_DOCUMENT_TOKEN_TO_BE_REPLACED

Favourite Fantasy Books Part 3: The Belgariad Quintet by David Eddings (and also Leigh Eddings as it was revealed)

The Belgariad (starting with Pawn of Prophecy and ending with Enchanter’s End Game) was a series I read as a young reader.  I devoured the five books over the first week of my summer holidays.  I absolutely loved them.  So much so that I got my local bookstore to advance order the next books as they came out.  But before I get into discussing them, this is a series about Fantasy books that I loved that may not have stood the test of time and that my more modern, jaded and cynical self sometimes cringes when I think back.  Annnnnd, yes, the Belgariad falls foul of the modern gaze.  So what I am proposing is that the first part of my discussion will be a little more about what I loved about them when I first read them, and then I will give a warning before I go on to discuss some of the more problematic areas of the series that I see now.  Fair enough?  That way if you love them you can enjoy reading the first sections, and can entirely skip my mean-spirited destruction of nostalgic childhood reading memories.

END_OF_DOCUMENT_TOKEN_TO_BE_REPLACED 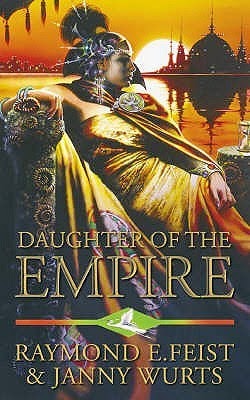 My favourite cover of Daughter of the Empire

Following on from Magician, one of the books that really captured my interest as a young reader of fantasy was Daughter of the Empire by Janny Wurts and Raymond E. Feist.  Admittedly I picked it up because it was related to the Riftwar books, but to be honest I was captivated when I started reading it.  This is the first book of a trilogy that spans a time period slightly off-set but related to the first trilogy of Feist’s Riftwar.

END_OF_DOCUMENT_TOKEN_TO_BE_REPLACED

Better than Batman versus Superman Dawn of Justice… but that isn’t saying much.  A looong film filled to the brim with action and fight sequences.  Despite this there are moments of real humour and pathos, and it touches on some important and interesting themes.  All in all a good action movie in the Marvel franchise.

One of my biggest complaints about the Marvel, and now the DC, movies is that they spend a lot of time setting up the next film in the franchise, rather than focusing on the film in front of them.  Basically, they are so obsessed with the big picture that they lose sight of the current story at hand.  While there was a little bit of that in this film (ok more than a little bit), it thankfully felt a lot more focussed on the story being told and wasn’t just adding elements to foreground the next step.  What was even better was that because the characters had been introduced and explored in previous films much of the story focussed on what was happening, rather than trying to shoehorn in more backstory and character history.    It did feel a lot like an Avenger’s film rather than a Captain America story, with the majority of the film falling on Chris Evan’s and Robert Downey Jr.’s shoulders.  But I have to admit that they handled the large ensemble cast pretty well, and although it was stuffed to the gills with characters and fights, there was a real story hiding in there behind the heavy-handed moral lessons, the biased narrative focus, and the occasional plot hole.