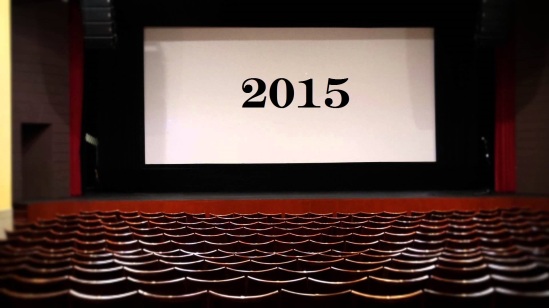 A continuation of my ramblings about the 2015 released films I saw.

I was surprised by this film.  Admittedly it had Ryan Reynolds in it, and I can watch him in almost anything, but I actually enjoyed this film, even if it was fairly obvious where it was going and what was going to happen.  Anyone familiar with SF literature will recognise the story arc, old rich man downloads consciousness into new body… hijinks ensue, but it was well presented and acted, and pretty enjoyable.  And who doesn’t love Ben Kinglsey?

The M:I franchise demonstrates what the Bond movies are severely lacking, an ensemble cast and a sense of humour.  This is an absurd, fun, exaggerated action movie that provides chewing gum for the eyes and popcorn for the brain.  It doesn’t matter that the plot is ridiculous.  It doesn’t matter that both the hero and the villain are both over-qualified super spies.  The stunts are amazing, the action is glorious, and you get what was advertised.

What could have been a fun, nostalgia filled trip down computer memory lane turned out to be a fairly tedious and unfunny Adam Sandler film.  Who would have guessed?  The visuals were great, the references to the old arcade games were fun, but unfortunately it had Adam Sandler as a hero and contained all the annoying dialogue and unfunny jokes we have come to expect from him these days.

This one surprised me.  It got a lot of hate online before I had a chance to see it, and I was therefore pleasantly surprised.  As far as superhero reboots go, and they are all the rage apparently, this was actually pretty interesting.  Trank’s earlier effort Chronicle (2012) clearly had a strong influence on what he was trying to do here, and I found it a lot more engaging than most of the superhero destruction fests on offer.  Admittedly the last ¼ of the film was a bit of a let-down and felt rushed and skated over, the character of Doom was under-utilised, and the finale felt ‘meh’.  It could have been really engaging, as the acting was pretty good, the origin story was an intriguing update marrying the New 52 with older continuity, and the effects were pretty damn interesting.  I enjoyed this one.  So much so, that I would actually look forward to a sequel by the same director with the same actors.

I loved the trailer for this film.  Seriously, the trailer is great.  Watch the trailer.  What can I say?  This is a polished, stylish, smooth, hollow film.  I don’t have any nostalgia for the TV show, so there was nothing there for this film to build on.  It looked great, it seemed to have all the story elements that it should, it just felt soulless and cold to me.  It was like a pretty, empty, shell of a spy film.  The costuming was great though.  I really liked the suits that Henry Cavill got to wear…

Computer game adaptation sequels are never likely to be amazing works of cinematic genius, but this has some excellent fight choreography and some impressive action sequences.  The story trips along predictably, but entertainingly, the acting wasn’t offensive, and the dialogue wasn’t particularly cringe worthy.  It is a step up from the Uwe Boll films at least.  What more do you want from a computer game franchise film?

A film in which Matt Damon needs to be rescued … again… as an internet meme is currently pointing out.  This was actually a good film.  It was enjoyable, smart, interesting, and only slightly strained incredulity.  It was also surprisingly fun and some excellent moments of tension.  I had a great time watching it, and, unlike Interstellar (2014, dir. Christopher Nolan), didn’t come out of it regretting having listened to the hype.  Damon is brilliant in this, and it convinces me further that Elysium (2013, dir. Neill Blomkamp) being awful had very little to do with him and much more to do with the fact that Blomkamp is over-rated and not actually that talented.

Hey, Vin Diesel is great.  I will watch anything he is in (see Furious 7 above for proof… hell, I even watched The Pacifier (2005, dir. Adam Shankman)).  This film is part fairytale, part Urban Fantasy, and part Fantasy Epic, but seemed to be desperately trying to be a modern Sf action movie.  It felt a lot like Van Helsing (2004, dir. Stephen Sommers) and I, Frankenstein (2014, dir. Stuart Beattie), but was better than Seventh Son (2014, dir. Sergey Bodrov).  I don’t know why it is that so few Fantasy films actually work well.  Especially when there are so many great Fantasy works out there that prove that it can be smart, engaging, grown up, and riveting.  But this, unfortunately, is another one to watch when there is nothing else on.

Despite Mendes’  protestations to the contrary the opening shot of this was remarkably similar to Soy Cuba (1964, dir. Mikhail Kalatozov), and that was probably the best thing about this bloated, cold, sterile, humourless, dour, tedious instalment in the Bond franchise.  It was almost bad enough to make me want to watch the Pierce Brosnan Bond films again.  When did Bond get so boring?  Even Christoph Waltz (playing exactly the same character he always seems to play) couldn’t save this film for me because there was no intimacy between him and Bond, the threat and antagonism seemed so impersonal and distant.  The stunts were good but lacked the style and sense of ridiculous fun that the M:I seem to have cornered the market on.  It felt like this was a film going through the motions of being a Bond movie… Opening cinematic stunt sequence?  Check.  Under-used female co-stars?  Check.  Unbelievable romance sub-plot that won’t go anywhere?  Check.  Car chase?  Check.  Ridiculous villain with nonsensical plan?  Check.   Casino Royale (2006, dir. Martin Campbell) seemed to breathe fresh air into the franchise… but now that air seems to have gone stale at best, and as rancid as a fart in a space suit at worst.  But they managed to make Quantum of Solace (2008, dir. Marc Foster ) look better by comparison.

I am not a Hunger Games fan.  I am just saying that up-front so you know.  I am also not a huge fan of films that split a book into two in a desperate grab for more money.  Despite that, I thought that this was the least tedious and awful of the films.  It was certainly a lot darker and grimmer than I expected (I only managed to make it through the first book and couldn’t face the rest of them).  Jennifer Lawrence is a great actor and I love watching her films (hence forcing myself to watch this one), and Philip Seymour Hoffman will be missed… but I was left fairly nonplussed by this.  It hit me squarely in the ‘meh’ zone.  Just not for me I guess.  Everyone else seemed to really enjoy it.

I was surprised by how much I enjoyed this Rocky/Not Rocky film.  Sure the story was predictably by the numbers but Michael B Jordan was pretty good in this and Sylvester Stallone plays the aged champ turned reluctant trainer with ease.  The boxing matches seemed a lot more convincingly choreographed this time around, and there was a decent human and humane element running through the film that only occasionally lurched into full bombast.   Not a bad film in my not so humble opinion.

I have already reviewed this… twice, so don’t have much to add, except that, upon further reflection (and by this I mean that I have shamelessly stolen the thought from a friend), Kylo Ren is actually a pretty interesting and scary villain as soon as you start to think of him as one of the mass-shooter teenager types who rages through schools killing innocent children and teachers.  His lack of empathy, his dialogue, and his desire to re-enact the murderous acts of a previous monster matches disturbingly well with the profiles of those individuals who have shot up schools and universities.  But if you want a review you can easily click on the links to the right to find the two more detailed discussions of TFA.

I didn’t like it.  Cinematically it had some wonderful shots and some clever framing, but ultimately I didn’t care how or why any of the characters would die.  I am not a huge Western fan, so the homages to previous Westerns were lost on me.  The story was contrived and slightly tedious, and even though the dialogue was very sharp in places and some of the acting was great, this one just wasn’t for me.