Erikson, Star Trek and Beyond

Not so long ago Steven Erikson penned an open letter to Bryan Fuller and Alex Kurtzman, the creative team bringing the new Star Trek series to the small screen.  While the response to this online has varied between abusive and dismissive, to thoughtful and considered, it did raise some issues that go beyond Star Trek itself, and it is that which has piqued my interest.

In his extensive letter (parts 1, 2, and 3, or the whole thing here) Erikson attempts to explain what he believes are some of the core principles behind the success and the longevity of Star Trek: The Original Series, and how the subsequent series of The Next Generation, Deep Space 9, Voyager, and the prequel series, Enterprise, have drifted further and further away from the strengths of the original.  So below I am going to address my interpretation of what Erikson said and how it relates to what I consider a broader trend within SF and TV toward violence and conflict as action, and then, in turn, how that actually relates to a more significant general problem in terms of compromised morality.   Lastly, how I think this is related to a systemic and flawed understanding of narrative by producers and production companies.

END_OF_DOCUMENT_TOKEN_TO_BE_REPLACED 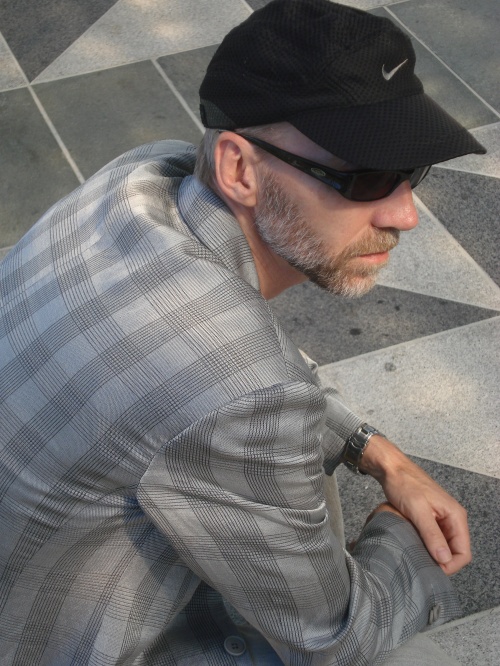 In the Dragon’s Den:  Interview with Steven Erikson Part 3

TCD:  Picking this up again, we were talking about SF, and it and your love of absurd comedy masking some pretty pointed observations and satire brings me on to Willful Child 2: The Wrath of Betty (coming from Tor in October I believe).  What can you tell us about it?

SE: Willful Child was a bit thin on the background universe.  I mean, I didn’t really have time for that stuff.  It just got in the way!  It definitely got in Captain Hadrian’s way.  But having set up the situation and the main characters, the second novel needed to bit more depth (depth, in fiction-writing terms, is what the characters have to wade through), which in turn meant more of the background information brought to the foreground, thus adding, er, depth.

So it’s a deep novel.  Deeper.  With more depth.

Anyway, my advance readers recoiled at first, since for some inexplicable reason my satire meter was cranked way over.  It bears keeping in mind the fuel that powers satire.  It’s a savage thing.  As much as one may go for laughs on the surface (and interestingly, most of the reviews of Willful Child more or less got locked on that surface stuff, with only a couple exceptions that I’ve seen), it’s the vicious current beneath it that drives the impulse to write this kind of fiction.

In other words, I needed to be fed up in order to write these books.  So, that inclines one to turn language into a weapon (and why not, we’ve weaponized everything else).  The way I see it, satire can use a scalpel, or it can use a broadsword.  It can also use both and everything in between, depending on the circumstances.

Curiously, if you look at some of the best satire, say, the stuff on television (The Simpsons, South Park, Family Guy), you can probably track how each series got more and more vicious as it went on.  This ramping up may appear on the surface to be nothing more than the need to escalate the shock quotient (possibly in acknowledgement of the numbing effect of multiple shocks), but what I see in it is the growing desperation of the creators in their efforts to shake us all out of our apathy.  And the more you fail, the angrier you get.

Wrath of Betty started out wielding not a scalpel, not a broadsword, but a flamethrower.  I had to halt part way through to toss the weapon and run around stamping out fires.  And then tone things down some.  So it took a bit longer than the first book.